Tom kept his eyes closed as gentle fingers rubbed cold cream into the skin of his cheeks and forehead.

‘That’s how you know it’s working,’ his brother answered.

The fingers rubbed over his nose and nostrils, all over his face and under his chin, before wiping around his neck and into his ears.

‘If we don’t do it you can’t come outside. Now hold out your arms.’

He heard the tzzzzt of a can and felt a fine spray moisten the backs of his hands. As it warmed he felt his skin wriggle, as if the hairs were curling and corkscrewing below.

Tom hated this bit. He pictured his skin under a microscope, a carpet of worms trying to burrow into his flesh.

‘Okay, you can open your eyes now.’

He couldn’t. His eyelids were stuck closed.

Tom waited for a playful poking or for Patrick to speak again but his brother said nothing. All sound had faded away. He couldn’t even hear the static wash of isolation or ringing ear canals trying to fill a void of sound.

He began to panic but couldn’t move, couldn’t even feel his mouth to scream. All he could sense was his skin, roiling with burrowing worms, his prostrate body itching as the larvae feasted.

He didn’t know where he was. All he could see was blackness then redness and a flitter of memories his mind’s eye lurched between. Unrelated images playing out in that slow strange procession towards waking.

Red light burst through the darkness. Through his closed eyelids he saw bright followed by dark. Black, then red, then black again. Off and on. Off and on.

Tom knew he would open his eyes soon and begin his routines. No matter how different each day might end up, they always began the same . . .

He liked to take his time in the bathroom. Everyone knew this about him. Anyone who had lived with him, or had him visit, had noted how slowly he liked to go through his morning ablutions.

What his friends and family thought or speculated he was doing for all that time was nothing as mundane as the reality. The truth was that at times in his life he had gone through periods of acne, dandruff (and beard-druff) and the preventative treatments required wetting his hair and letting medicinal shampoo soak into his scalp for up to ten minutes. Some treatments stipulated an immediate rinse and repeat, as well as a follow-up conditioning moisturiser.

Even after the treatments had been tried and failed, or tried and met with success, the habit of sitting in the bathroom had become a ritual of up to half an hour, when he read magazine articles, played games and browsed the internet in peace.

Today, like every other day, Tom sat on the toilet with a flexible tablet in his hands. It unlocked with an eyescan and he began checking his Queue and disposing of the things he didn’t care about; broadcast emails, advertising and spam. All the junk communications that had built up while he was sleeping and the northern hemisphere was at work churning out their marketing materials, spams and scams. Sometimes he would respond to people who had messaged overnight or had been waiting on him to respond for a few days – which was uncomfortable for those who knew his routine well enough that they might picture him composing his replies, semi-naked on his morning throne.

He noticed an article trending and clicked through to an editorial from The New York Times.

International security officials warned tonight that insufficient budget allocation has limited the ability of the Internet Protection Agency (IPA) to respond to the autonomous weapons outbreaks that have killed at least three thousand people in Egypt, Georgia and Estonia in the past two weeks.

‘The Middle East situation in particular should be alarming enough for all countries to recognize that the restriction of the IPA’s abilities to curtail the spread of these programs, endangers us all,’ Lydia Thirl, IPA Director for Non-Proliferation of Hazardous Machines, said during a media briefing in Hong Kong last night.

With more than half of the member countries having to reallocate their budgets to eco-protection costs, the IPA has been unsuccessful in limiting proliferation of dangerous schematics. It estimates it requires 10 times its current funding to be able to reduce proliferation on the internet and other standalone networks.

With three outbreaks of ‘annihilator’ robots in as many days, the IPA admitts many countries were failing to implement the International Fabrication Security Protocols, ratified in 2068. Thirl said, ‘The protocols require countries to control the supply of core parts in home engineering equipment, track all exchanges of schematic models and report all attempts to manufacture a Hazardous Machine.’

However well the mainstream-net is being controlled, files are being passed hand to hand and more groups than ever are replicating these machines. ‘The IPA does not have the capacity to stop the spread. We need to be on the ground connecting to subnets, and that will require military support. If we can’t stop these outbreaks, I fear how fast the situation will spiral out of control. ’

Many countries claim they don’t have the resources to dedicate to the expensive defense measues, when so much of their GDP is committed to food security and land protection. Many countries are reliant on the growth of micro-manufacturing and servitors — which are the enablers of mass killbot outbreaks – and cannot risk construction projects being hampered by increased oversight and regulation.

There are areas of the world we can’t reach. Even if we can prevent the spread of these machines in our own countries, we will soon be targeted by those from other jurisdictions. A tipping point will come and then it will be too late.’

Thirl ended the media conference by stressing the need to look beyond proliferation reduction to suppression.

‘I fear the only adequate response will be to fight fire with fire. We cannot hope to stop these machines if infestation cannot be managed.’

Tom flicked the article to read later; wiped, flushed and washed his hands in the sink/drier and went back to the main room to begin work.

He plonked himself down an inflated grey armchair and swapped his visor for a large pair of goggles and headphones. At first he saw a screen saver of effervescent bubbles in golden liquid. A quick shake of his head and the bubbles popped to reveal his home screen.

His Queue window opened and his assistant, Jove — the stock cartoon bird being all he could afford — fluttered. into his view.

Jove! I remember you.

‘Good morning, Tom. I have three jobs you can book. Two cleaning rosters and one quality check.’

‘Let me guess, a couple anon streets and Nerve Robotics?’

‘You have guessed correctly. Would you like me to lock them in?’

‘May as well. Let’s do the cleaning shifts simultaneous and Nerve after breakfast.’ Tom calculated in his head. ‘Where does that put me?’

‘By the end of the day you will be sixty above the Basic.’

‘You can trade your credits for five cans of beans at today’s exchange,’ Jove corrected.

‘It was just an expression, Jove.’ Tom sighed.Anything he could do, bots could do better . . . faster, cheaper, without rest or complaint.

I feel like I have lived all this before. Is this a memory or is every day the same as the one before?

Following the Pollution Boycott that saw many players refusing to play in locations with poor air quality, the head organisation for Australian cricket has been forced into a protracted stalemate that has lead to cancellation of the summer match season.

Quote of the day: “The production of too many useful things results in too many useless people.” — Karl Marx

‘Consider it done,’ Jove said and the jobs animated from his clipboard into Tom’s Queue. ‘Would you like me to schedule some training after that?’

‘Yeah, let’s try to make some headway on my Observer certificate today. Those shifts are trending up.’

‘I estimate only four more hours until qualification.’

‘Then lets get it done today.’

Jove acknowledged by adding four blue-coded time blocks into his roster. As each item was confirmed the Queue box reordered the list of tasks. His day was planned until six.

‘Try to grab me some more QAs to take me until ten.’

‘Yes sir. And would you be liking music this morning?’

‘Yeah. Give me the latest Reverend Tempo. That’s about an hour isn’t it?’

‘After that play on that theme.’

‘Excellent choice. I’ll be here if you need anything, otherwise have a good shift.’

Jove walked out of view and the Queue screens folded away as two street views appeared before him. A jamboree of drums began a slow beat as he began directing a cleaning bot with each hand.

Remote gigs were always anonymised for privacy. Street signs, store names and number plates were blacked from his vision. Peoples’ heads were replaced with black rectangles so there were few clues as to where he was actually working. 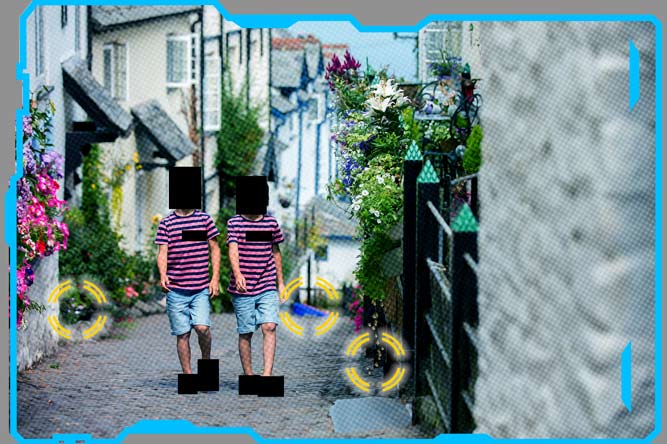 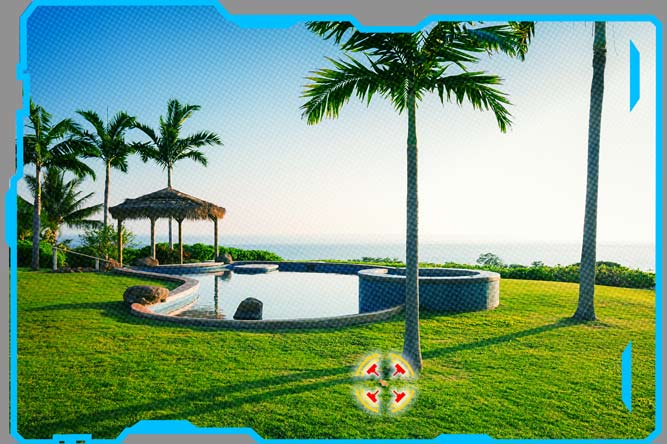 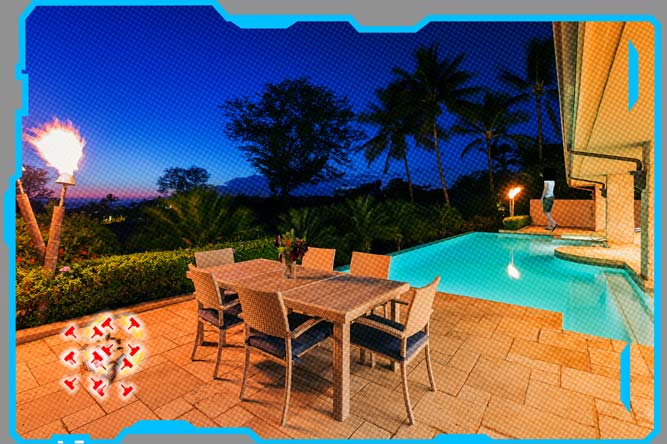 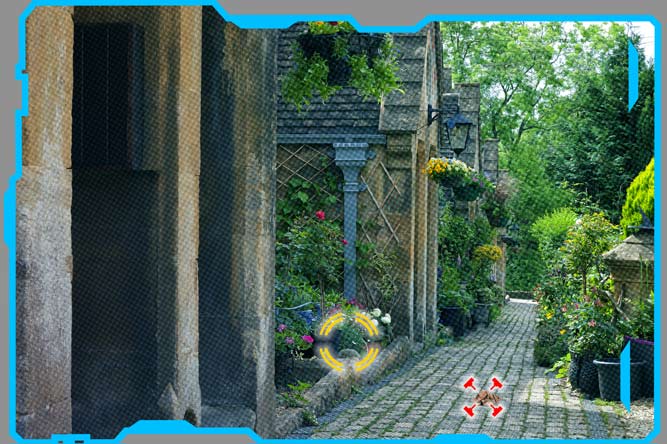 If he knew plants or architecture better he could maybe guess where in the world he was working. One screen was semi-tropical with palm trees dotting the sidewalk; the other was all concrete and brick, though the buildings had hanging pots of flowers. Both looked like nice places to live.

Most of the work was predicted by the bots’ algorithms. They identified suspect litter and he approved the collection action—if it wasn’t for the fear of bot control he wouldn’t even have this gig. All Tom had to do was keep his eyes open, sight each acquisition and give assent to whatever the computer suggested. He could do four of these at once without dropping pace.

The robots rolled forward and the rhythms were joined by a choir of human hums. For the next two hours he watched the cameras find dropped cans and crumpled wrappers that he approved for collection. As the shift ended with a happy chime, his credits ratcheted up and the street vistas blinked away. He had Jove start the brewer in the kitchen as he went into the bathroom.

‘You brother is pinging. Would you like to answer?’

Patrick. How long has it been since we last spoke?

For a moment he was standing in a white plastic box floating on an undulating harbour filled with identical pods. Burnt skin was peeling off his arms and his lips were cracked and painful.

His mind was slowed and the idea of Patrick thawed a chord of memories.

His brother was bathed in a blue light. Patrick and he were side-by-side on the foldout in their shared room, watching the wall screen as it played through Cyber Warriors for the millionth time. A never-finishing series following the highs and lows of cybernetically enhanced humans battling each other for:

Tom and his brother had watched it over and over. ‘It’s over, Juarez,’ they uttered in sync with Blister, pack leader of a cyber gang. ‘Nobody will be able to fix you this time.’

There was a knock and the grinning heads of their parents peeked around the door.

‘Hey boys. Are you ready for adventures?’

. . . Tom was playing in the shade of a gum tree. He had a hose dribbling atop a mound of dirt excavated from a deep hole Patrick and his uncle were digging. The hose dribbled continuously and he scrambled up and down the slope shaping the mud into dams and channels for the water to follow.

‘Why are you digging a hole?’

‘Just keep out of the way. Go pack your bag,’ his uncle shouted.

It’s orange and smooth,
it’s sweet tasting goo.
It’s goo for me.
It’s Goo for you too.